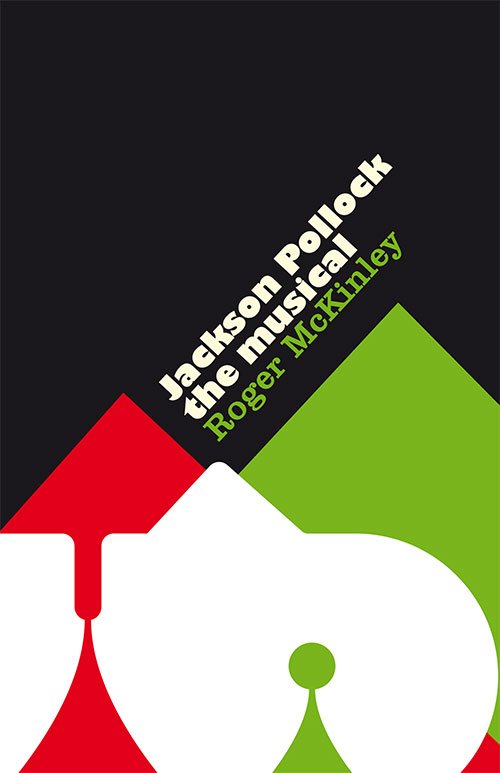 “Jackson Pollock the Musical demonstrates an extraordinary concept born of great ambition. It defies categorization, crossing and blending genres, and pushing the boundaries of possibility of the discipline of visual arts … truly encapsulating the spirit of the Best of Manchester.”

“I have always found Jackson Pollock the most interesting abstract expressionist and a drunken and tragic figure, and I hope this book has a deserved success.”

“In this offbeat libretto McKinley is concerned with depicting the visionary on the cusp of change… The cerebral mythicism of the artist’s inner life is grounded by touching domestic detail.”

Who was Jackson Pollock?

Driven genius, misunderstood drunk, the most influential, elusive and provocative artist of the modern world?

Jackson Pollock the Musical is a tragi-comic, imaginary musical journey to discover the nature of the greatest American painter of the 20th Century, his death by car crash and his continuation in the Underworld.

With eighteen original songs – ranging through traditional spiritual, folk, bebop, swing, music hall, free jazz, concrete and early electronic/experimental audio – Jackson Pollock the Musical is a libretto for a musical based on the life and times of this Abstract Expressionist painter.

Who is Roger McKinley?

Roger McKinley was born in Co Down Northern Ireland in 1969. Since 1988 he has resided in Manchester where he lives and work as an artist, from where he has exhibited both locally and nationally.

Winner of the Visual Arts Award at the Urbis Best of Manchester Awards 2007 held at Urbis, the ‘Museum of the City’, during the Manchester International Festival. 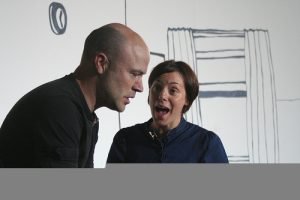 Leigh Symonds as Jackson Pollock and Jo Mousley as Lee Krasner. Part of the libretto was performed for the first time at the Awards ceremony.