Going to Ost by Robert Meadley
(OUT OF PRINT) 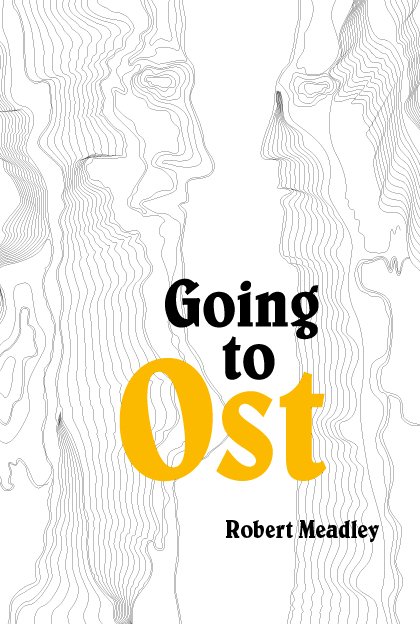 “Meadley has an unusual, erudite and devious intelligenceï¿½ Going to Ost has a narrative which grips you from the moment it starts.”

Michael Moorcock, from his Introduction

“A dance of imperfect information.”

“Meadley comes on like an intoxicated Iain Sinclair; a situationist WG Sebald.”

Life for the wagering protagonist of Meadleyï¿½s novel is inherently hazardous.A certain nonchalance and a hunterï¿½s instinct guides old soldier and campaigner Bukh Tabrolf Terongh, Warden of Kethoolmar and Master of Ost as he makes his way from the remote outpost of Empire where he has made his fortune to his birthplace in Ost, and a surreal homecoming.

In a journey across a seldom-bright landscape of shadows and rain, vast lakes, crumbling towers, vertiginous mountain passes, towns once fashionable but now blighted by the fickle builders of Empire, the reader encounters a rare mix of characters who give account of themselves.

Their stories are combined with reflections on the narratorï¿½s eventful past. In their telling theyare sometimes a joke on both reader and protagonist alike as Meadley weaves us a fine course replete with masterly humour and narrative control through his picaresque.

That is the charm of this book.