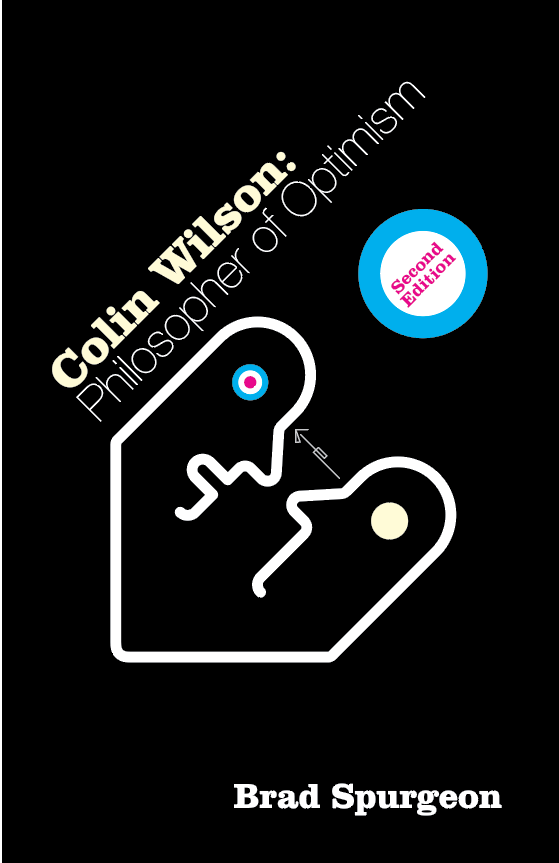 “An indispensable companion for anyone interested in the French existentialists.”

“An ideal primer to the ideas of Colin Wilson.”

“This is a nice little book that compliments the recent biography, ‘Dreaming to Some Purpose’.”

“Whether we agree with him or not, Colin Wilson has to be one of the most challenging and stimulating writers of the last half century.”

“Part of a long overdue reassessment.”

“The individual who has a sense of detachment from the norms of his or her society must not fall prey to cynicism or hero-worship, but instead use this sense of alienation as the starting point for values and myths of one’s own invention, the true ‘outsider’ of which Wilson speaks.”

Four years since Colin Wilson’s death on 5th December 2013, and now in its second edition Colin Wilson: Philosopher of Optimism contains a new Preface by author Brad Spurgeon that tells how the book’s message helped him in the most heartbreaking yet ultimately inspiring of ways.

In 2006, whilst writing and compiling the first edition of his book, Nathalie Spurgeon, the author’s wife of twenty-four years and mother of their two early-teenage children, fell ill from breast cancer. Not long after publication, Nathalie sadly died of her illness, and Spurgeon and his children found themselves in emotional turmoil.

It came as a surprising coincidence to him that he had chosen to write about a subject — Wilson’s philosophy of optimism — that was to help him get through his darkest moments, and which eventually enabled him to come to terms with Nathalie’s tragic loss.

The new printing of Philosopher of Optimism completes Spurgeon’s personal voyage of discovery of Wilson’s work in this most poignant manner. It includes the full text of the original edition — Spurgeon’s long interview conducted with Wilson at Wilson’s Cornish home in Gorran Haven, as well as the accompanying articles especially selected by Wilson to explore more deeply the points he wished to stress.

Wilson’s philosophy of optimism runs like a clear thread through all of his varied works. It is at the very battlefront of the fight against the pessimistic world-view. At its core lie the twin concepts of ‘intentionality’ and the ‘peak experience’, which show us that if we open our eyes and direct perception properly we can use our minds in the most positive sense to bring change to ourselves and to the world about us.

This interview was given towards the end of Wilson’s life to journalist and author Brad Spurgeon, and sums up his thinking in an easy-to-read digest book form for the first time. It is for anyone who wants to make a difference simply by the way they perceive the world.

Wilson also talks about his writings on criminology and the occult. 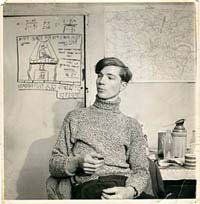 In May 1956 the London newspapers and the Royal Court Theatre created a myth out of a generation of writers, calling them ‘Angry Young Men’.

Within a few weeks of the opening of a play LOOK BACK IN ANGER by John Osborne another young working class writer, Colin Wilson, published a book called THE OUTSIDER. Hailed by the press as a genius, as England’s answer to the French existentialist philosophers and writers, he was thrown in with Osborne as part of the new movement. To these were soon added writers like Alan Sillitoe, Kingsley Amis, Arnold Wesker, even Harold Pinter and Doris Lessing.